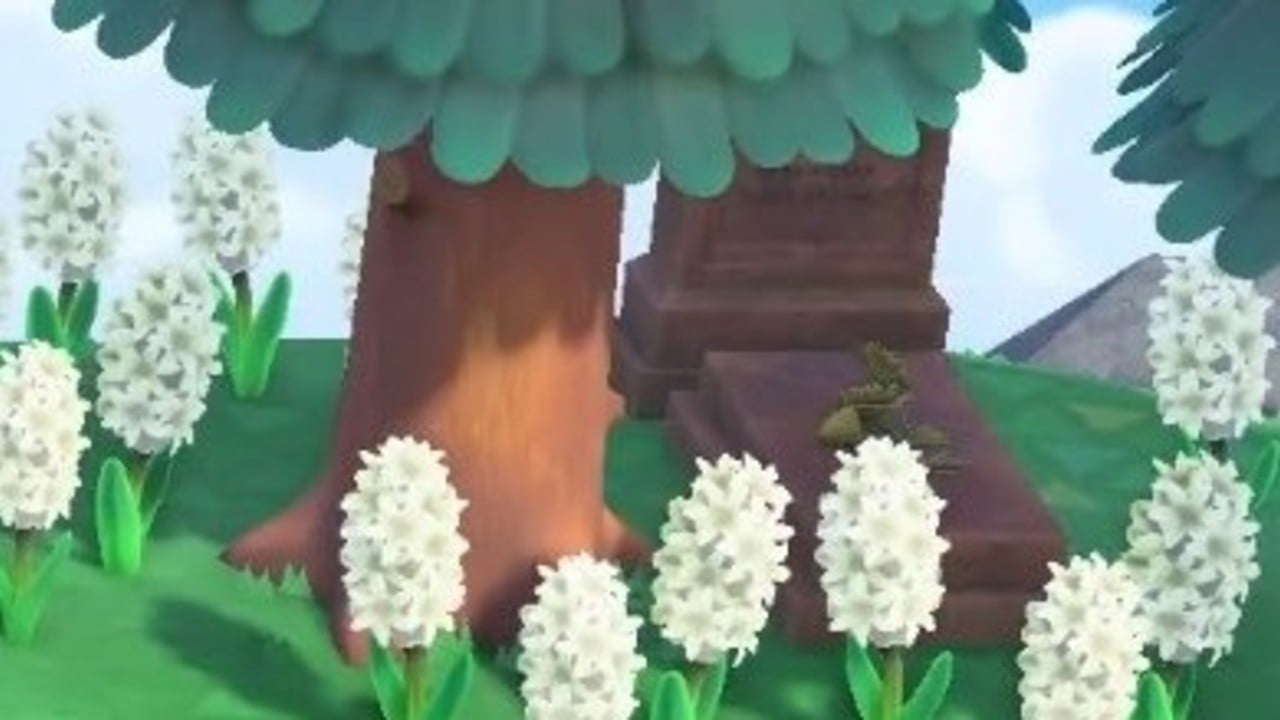 One moment from the recent Animal Crossing: New Horizons Direct that social media and the internet, in general, don’t seem to be able to stop talking about is the eerie gravestone sighting at the 22-minute mark. Yep, there’s apparently trouble in paradise and some fans are now worried that a perhaps well-known character within the series may have finally kicked the bucket.

The obvious go-to is Tortimer. He’s old and retired – so how much longer can he possibly live? Then there’s Joan, the turnip seller, who appears to have been replaced by Daisy Mae. Of course, it could be the home of Wisp, or simply a spooky-themed item that’s been placed outside (it wouldn’t be the first time).

While death isn’t a subject that’s directly touched on in the Animal Crossing series, one character that’s believed to have passed away is Frillard. This frilled-neck lizard showed up in Animal Crossing: City Folk and in the following game Animal Crossing: New Leaf, Dr. Shrunk references how much he misses him.

Enough with the theories, though, here’s what social media is saying about this latest in-game sighting:

WAIT! IS THAT A TOMBSTONE IN ANIMAL CROSSING ?! pic.twitter.com/8kAQZ8t0ML— Tom Nook on New Horizons (@Nook_Inc) February 20, 2020

– Someone spotted a tombstone in the AC direct.

– K.K Slider has been oddly missing from all trailers

– The first Animal Crossing was released in 2001, 19 years ago…#AnimalCrossingDirect

I was watching the Animal Crossing Direct, I saw there’s a new turnip salesman, and I shit you not, a grave with what looks like a spoiled turnip laid across it.
Joan, the 70+ year old Turnip saleswoman, is dead.
RIP Joan you made me wake up at 9:00 AM every sunday you son of a pic.twitter.com/upyF2G3l3r— Codeman (@ChampionSmeltz) February 20, 2020

me laughing at joke posts abt the grave in the animal crossing trailer being tortimer and then realizing that the appearance of daisy mae instead of joan means that time has passed and tortimer very well could have died pic.twitter.com/1byUfM1dGR— despicable meat (@manglegrove) February 21, 2020

The Internet Theorists are already positing that the island in the new Animal Crossing is Tortimer Island, and it was deserted because Tortimer died, citing this as his gravestone.

Is this grave just an outdoor furniture item or is it something else? Share your own theories below.